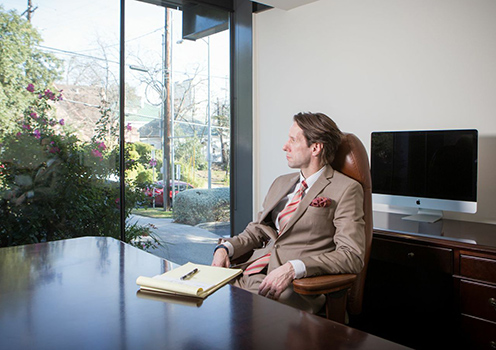 A 5th generation Austinite, Robert Littlefield Buford III grew up performing in the Austin music scene. After turning 18, at the suggestion of his parents, he took a detour from music and accumulated three college degrees (B.S., J.D. and M.P.H.). In 1996, he returned to Austin to start his career as a lawyer.

In 1998, along with Guillermo Gonzalez, he founded Buford & Gonzalez. Since that time, he has he has carved out a reputation for winning “unwinnable” jury trials. Like all distinguished defense lawyers, Mr. Buford is Board Certified in Criminal Law by the Texas Board of Legal Specialization.

Robert is an avid classical guitarist and performs regularly with his band El Pathos.